The history of the Anthropological and Ethnographic museum is connected to the University Institute of the same name, whose origins date back to 1923, the year in which Professor Giovanni Marro instituted the teaching of anthropology.

In 1925 the institute had only two rooms at its disposition in a mezzanine of Carignano Palace; here Professor Marro started to collect numerous anthropological specimens, the fruit of excavations he had carried out in Egypt some years earlier. Anatomical and ethno-anthropological collections of various origins and sources as well as specimens collected by his father Antonio Morro, pyschologist, sociologist and anthropologist. 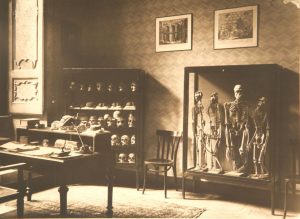 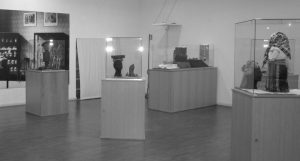 In 1984 the museum was closed to the public as the premises in the old building no longer corresponded to security regulations. In the following years numerous activities took place in order to present the collections through temporary or itinerant thematic exhibitions or cycles of conferences. At the moment a project is underway for transferring the collections to the Anatomical Institute Building.